13 November, the shareholders’ meeting of Origine Group was held in Ferrara to elect the new Board of Directors. At the head of the Board, Ilenio Bastoni (Apofruit) and Simone Spreafico (Spreafico) were confirmed respectively as Chairman and Vice-Chairman. All members of the board were confirmed, with the addition of a new Chilean partner, David Del Curto. The current Board members are: Alessandro Cenzuales (Pempa Corer), Rodrigo Falcone (David Del Curto), Alberto Garbuglia (OP Kiwi Sole), Mauro Grossi (AFE), Alessandro Pernigo (Frutta C2), Gualtiero Rivoira (Kiwi Uno), Marco Salvi (UNACOA) and Alessandro Zani (Granfrutta Zani).

Chairman Ilenio Bastoni welcomed David Del Curto’s representative to the shareholders’ team as follows: ‘I am certain that this new collaboration will bring considerable added value to the success of the Sweeki kiwi on global markets, as demonstrated by the positive results of the Chilean kiwi campaign. In fact, almost 1,000 tonnes of kiwis have been shipped to Asian markets.’ Origine Group has launched the 2018 Italian kiwi campaign and the first Sweeki branded containers have already been shipped to Asian markets, whereas the yellow kiwi has already been on the market for a month,’ Bastoni said. Bastoni added: ‘The promotional effort will continue with the participation of Origine Group at the next Mac Fruit Attraction China event, to be held in Shanghai from 21 to 23 November as part of Horti China.’ At the end of the month we will be in Malaysia for an event organised by our importer Euroatlantic, which will feature leading Malaysian large-scale retail chains.’ The pear campaign is currently underway and is showing its first positive results in European markets, where Abate pear sales are going particularly well.

Bastoni concluded: ‘We are confident about this new campaign and we will increase our promotional efforts by focusing on high-quality branded products, in keeping with our mission to export top-quality Italian fruit to global markets.’ 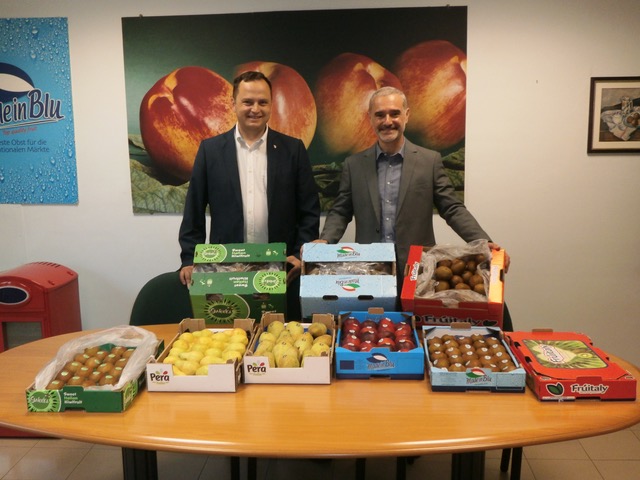